Three weeks ago, one of our cats set its mind to beat its long-distance jumping record on my desk, accross my laptop. Unfortunately for my laptop, there was a cup of tea standing next to it, and our cat didn’t care too much about adjusting the height of the jump.

As a result, I am now working for the past 3 weeks with my old MacBook Pro Early 2008 (which I kept in a shelf for this purpose exactly). As a side effect though, I can’t work anymore with IntelliJ IDEA, because coding with Scala on this old machine (with little RAM) needs quite a bit of resources, and the IDE is too slow.

SublimeText to the rescue 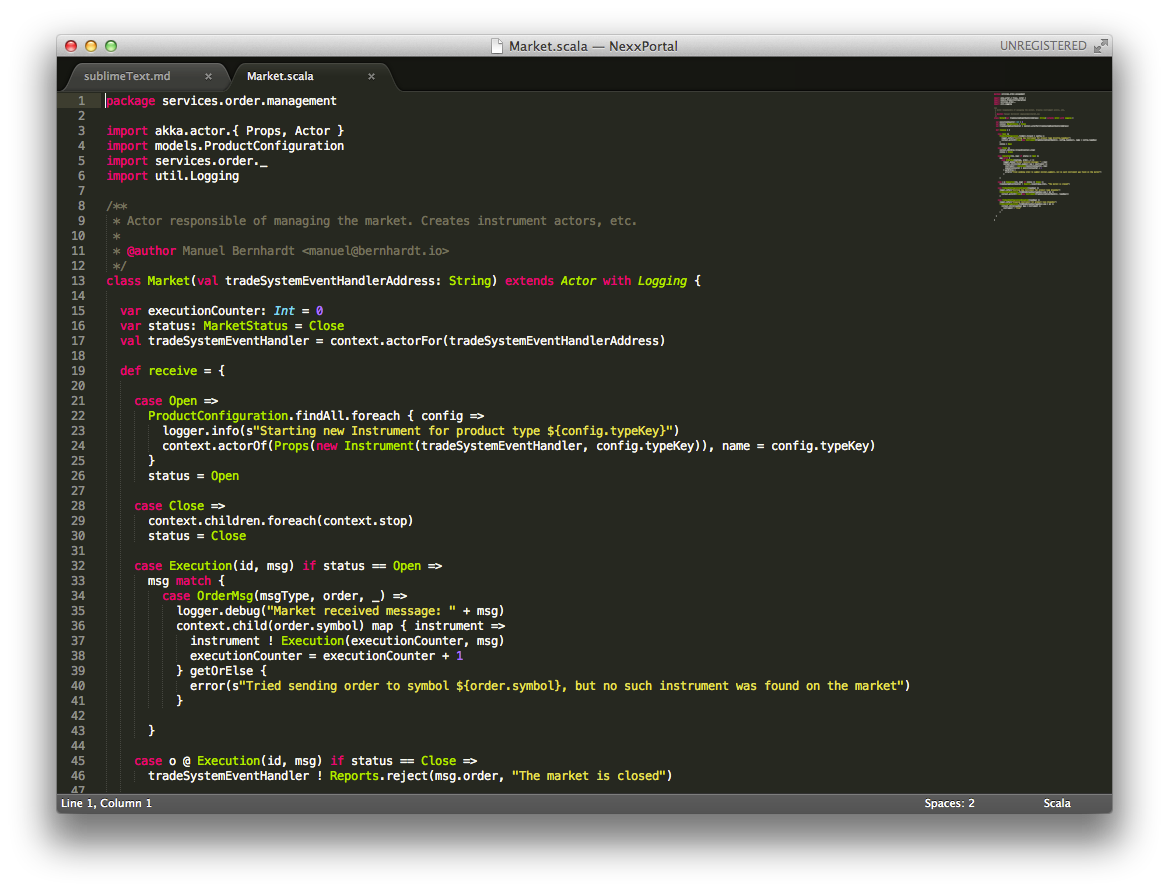 I had heard of SublimeText before, and tried working with its ENSIME integration (which didn’t quite work at the time). This time, I set out to try something lightweight, and so the only thing I installed was the Play2 package for syntax highlighting. Scala syntax highlighting works out of the box.

It did take me a few days to get used to not having type-sensitive auto-completion and the presentation compiler reporting errors when typing, but after a while, I got close to my normal level of productivity again. This is what I learned on the way:

At this point I should mention that I always run SBT in the background when working with Scala / Play projects, often running with live reloading (play ~run) together with the Play auto-refresh plugin by James Ward. I also use the terminal for git (zsh has good git support).

Here’s a list of extensions I installed so far in order to make things a bit simpler:

Yesterday a message came from the Apple reseller that the destroyed computer looks like it could be saved, which is good news. I’m not sure yet whether I will continue using SublimeText when I get back my more powerful machine, but so far I am tempted to stick with it a bit longer.